About halfway through the past one hundred years of golf in Mississippi came the end of the life of one of the great winners.  This man won the Mississippi Amateur Championship four times, the Mississippi Open three times, and a host of other competitions, especially Championships at Greenwood Country Club, Colonial Country Club and Sunkist Country Club. Spec Wilson, the first golfer to be inducted into the Mississippi Sports Hall of Fame, was a winner, indeed. His tee to green game gave confidence to most all his opponents, but then came that other game – putting. He was said to be the best putter of all. Sam Snead said so, Bob Toski said so. Ima

in, but he thought it should have. “How did it stay out?” he would often ask. He was ever so confident.

Perhaps his great legacy is not so much that he claimed many titles, but, rather, that he claimed so many friends. In his heyday, the 1950’s, so many great golfers and personalities climbed to the top of their games in Mississippi. Not many of you here today knew Spec, but a youngster in those days (and most of you knew him) was Bob Travis. You all knew Bob Travis as a winner, a truth teller, and a man with just a touch of confidence… Until his last days, Bob would write that Spec was the greatest. What does that tell every one of you about this golfer, Spec Wilson?

When he died in 1967 the State Amateur Championship trophy was named in his honor, it was not so much because of this golf game, it was because of his friends. So if Spec were here today, he would say, “Be certain you are going to win, but w

hen it’s over, count the blessings of having so many friends.” 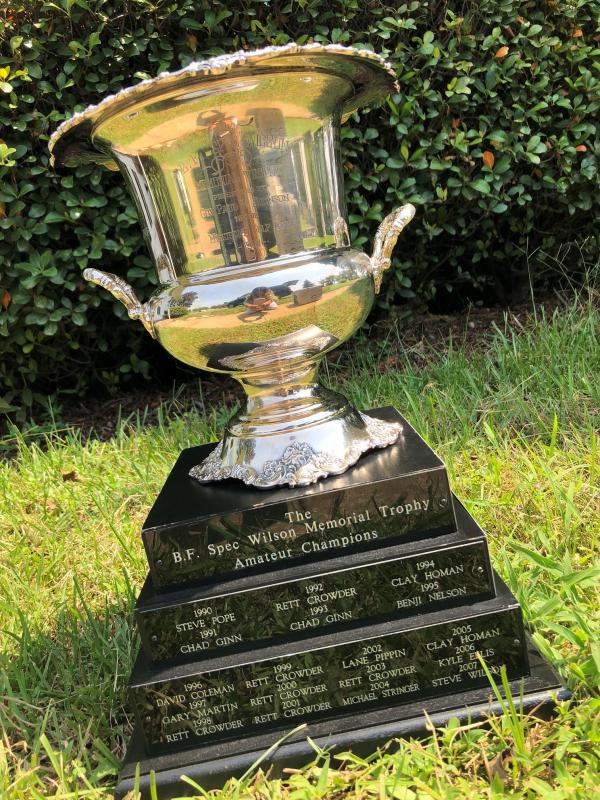