MJGA Membership is open to boys and girls through the summer immediately following graduation from high school or their 19th birthday, whichever comes first. Players must be bona fide residents of the state of Mississippi and MJGA members to be eligible to compete in MJGA Events and the MS Boys and Girls Junior Amateur. Eligibility also applies to the junior cup teams as well. Juniors representing Mississippi must be residents of the state of Mississippi and current MJGA members for 60 continuous days prior to the matches. MJGA points will only be awarded to current MJGA Members and residents of the state of Mississippi. Since the MJGA players are minors, the parents/guardian's residency will be used to determine if the players are eligible for MJGA Events, MS Junior Amateur, MS Junior Teams, and BankPlus Junior Pro Am. See Tournament Policies for which MJGA Tournaments require residency.

All MJGA events will use a players age as of June 1st to determine their age divisions for the entire season.

Age Divisions are determined by the golfer's age on June 1 of the season being played.

Girls Division E play 9 holes measuring 100 – 300 yards per hole and may have a caddie.

*A player may play up one age group if they desire, however, once the golfer has played up they are not permitted to play down in future tournaments. This must be indicated when entering.

**The Randy Watkins Junior Championship is the first tournament to count for the following year's points system.

***Boys and Girls Division E are the only division permitted to have a caddie.

Sanctioned Tournaments with Out of State Players

Some sanctioned tournaments allow out of state players to participate. Players who are from out of state, will be counted in the points distribution, but they will not earn MJGA points. (i.e. If players from Arkansas finish first and second in the Greenwood Jr Championship, a Mississippi player finishes third. The MS player will earn 3rd place points. If a Louisiana player and Mississippi Player tie for fourth place, they will split 4th and fifth place points. The MS player will earn 1/2 of 4th and 5th combined points, the LA player will not earn points). This is also how the MGA player of the year points have been distributed for over 20 years.

Every MJGA Tournament will use a player's age as of June 1st to determine their playing division for the season.

MJGA  Participants will play by the rules governing play set by the MJGA Tournament Committee. All Players are responsible for protecting the integrity of the game and the competitiveness of MJGA Tournaments. All players should leave the course in better shape when they leave, than when they arrived.  Please be considerate of your fellow competitors and notify an MJGA Tournament Official before the conclusion of the Tournament of any questions according to the rules of play. 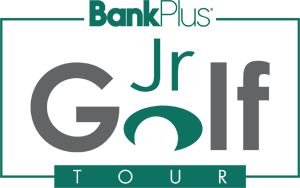